this is the thread where you jailbreak, rebuild, mend, or otherwise mod your clothes. You can put cool badges or patches or spikes on them, or you can wear 5 watches, or you can make your own shirts like g0m and ltfish do. Whatever, as long as you're making stronger clothes.

I'll link sites where any of the kwmifc folks do cool clothing stuff here. 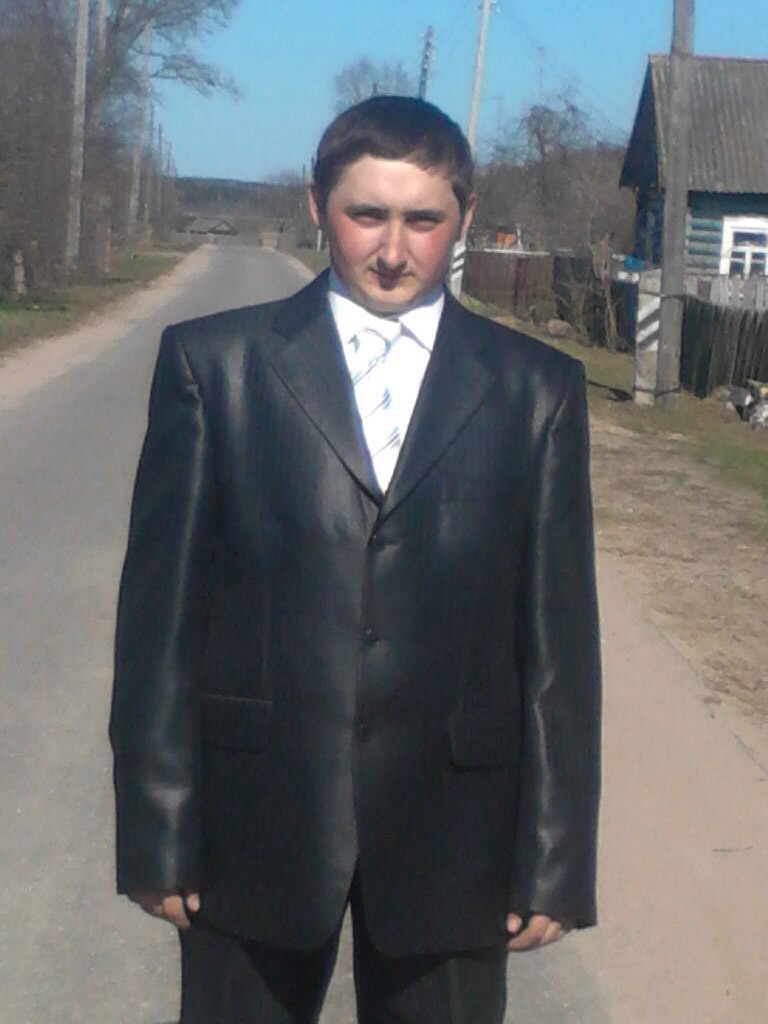 i want to stress that the collage up there is like, 100% a joke, also i should have used a magazine other than shortlist for the collage because MAN the fashion in that magazine is really good and involves lots of cool poc folks. Give it a look if you get the chance.

Be like Astrid Andersen, who looks cool as hell.
word count: 62
Top

A TALE OF BOTCHED CLOTHES SURGERY

So my most recent attempt at clothes modding came up a total failure. I documented the process so i could gloat about it on tumblr, but I figure I might as well post it here.
The point of the experiment was to see whether I could make a spraypaint jacket patch substituting normal paper held down with masking tape for the sticker paper that I've used (successfully) in the past.

My plan was to make an image similar to this: 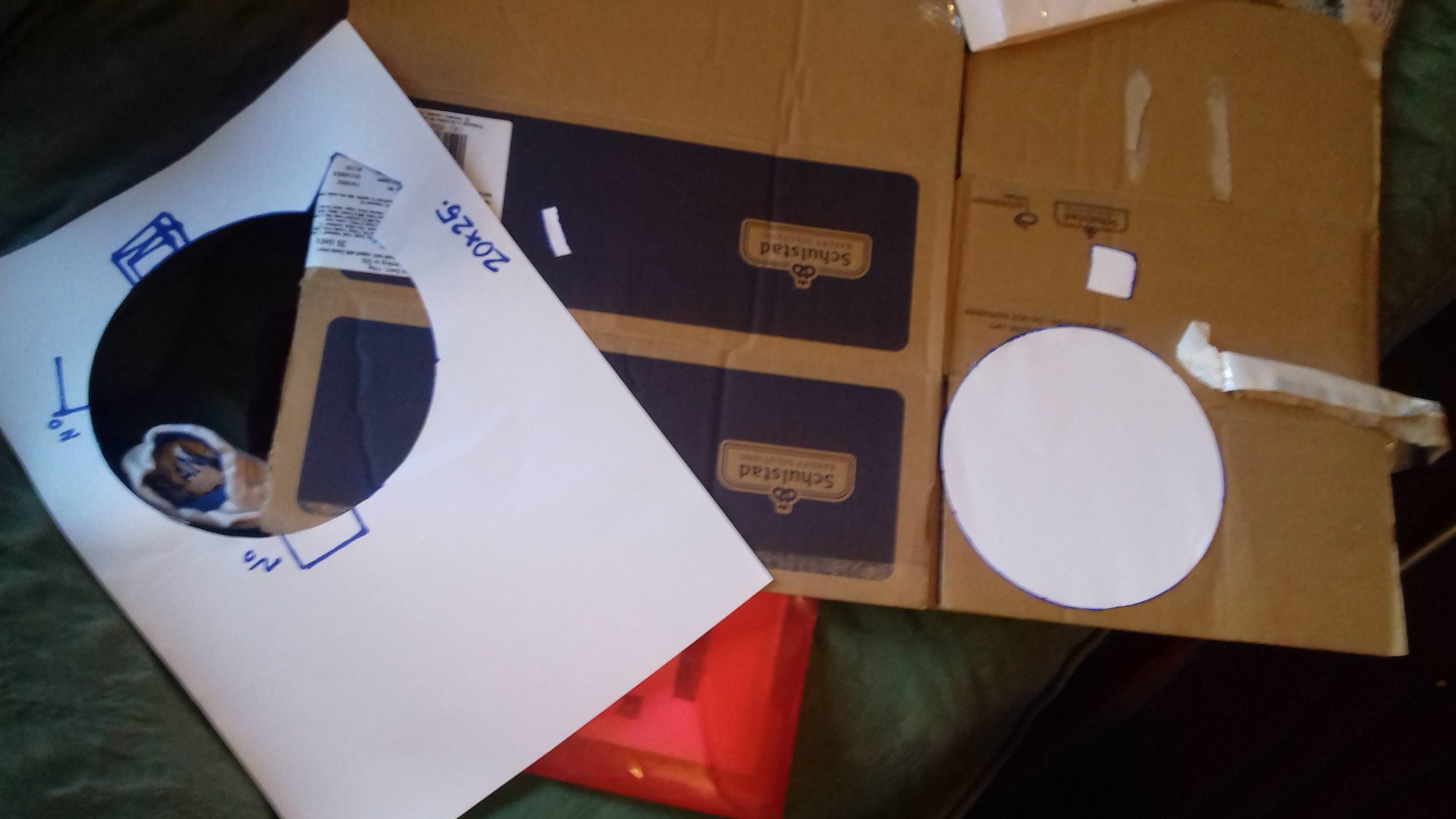 First, I measured & cut out the stencils for the circle. It was made of two differently sized plates, which i just traced around on A3 paper. 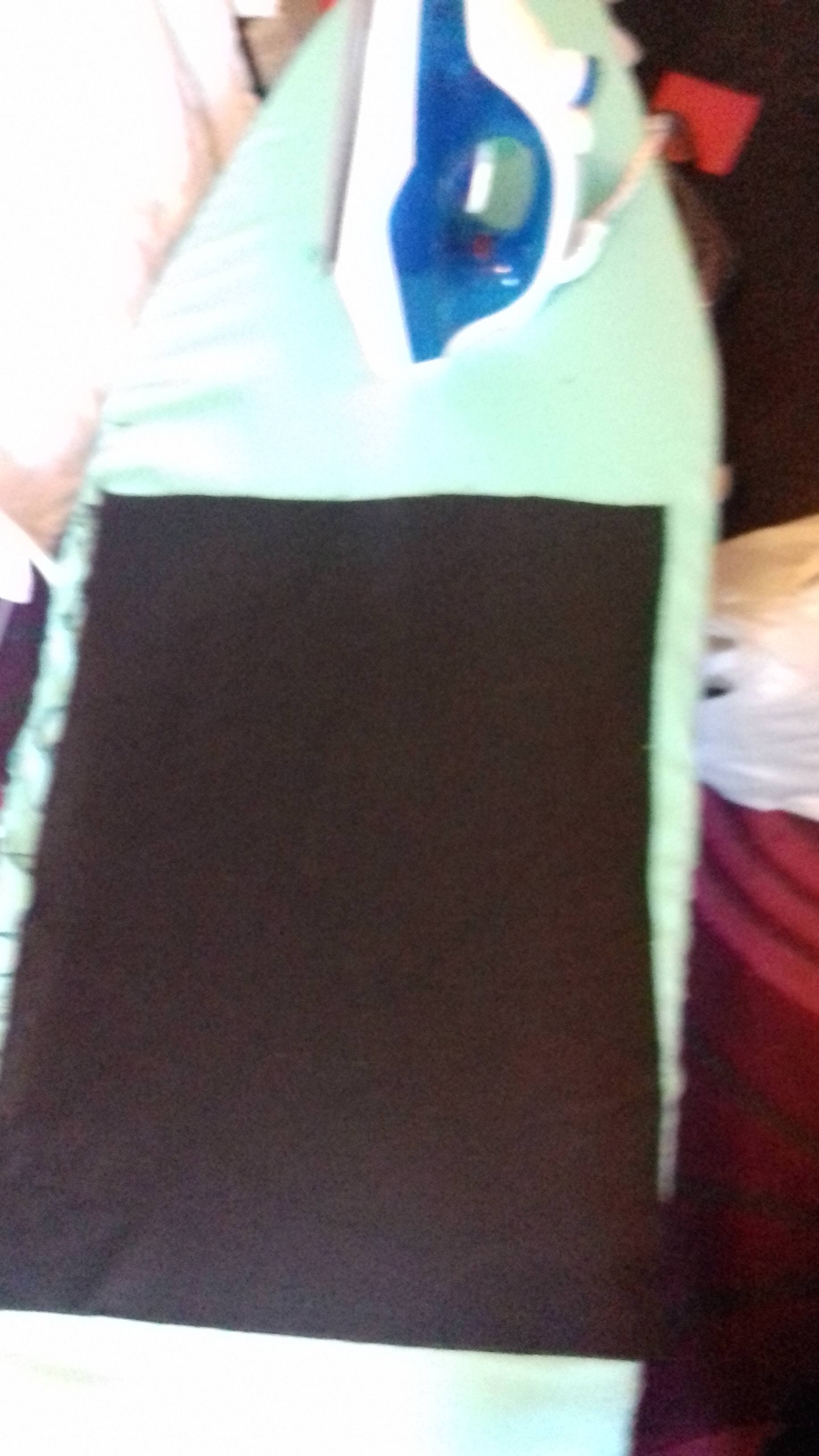 I then cut out the section of fabric i was using. It was quite a bit larger than the stencil, cos i was gonna do a few more at the same time. I ironed it flat with a dry iron (no water in it) 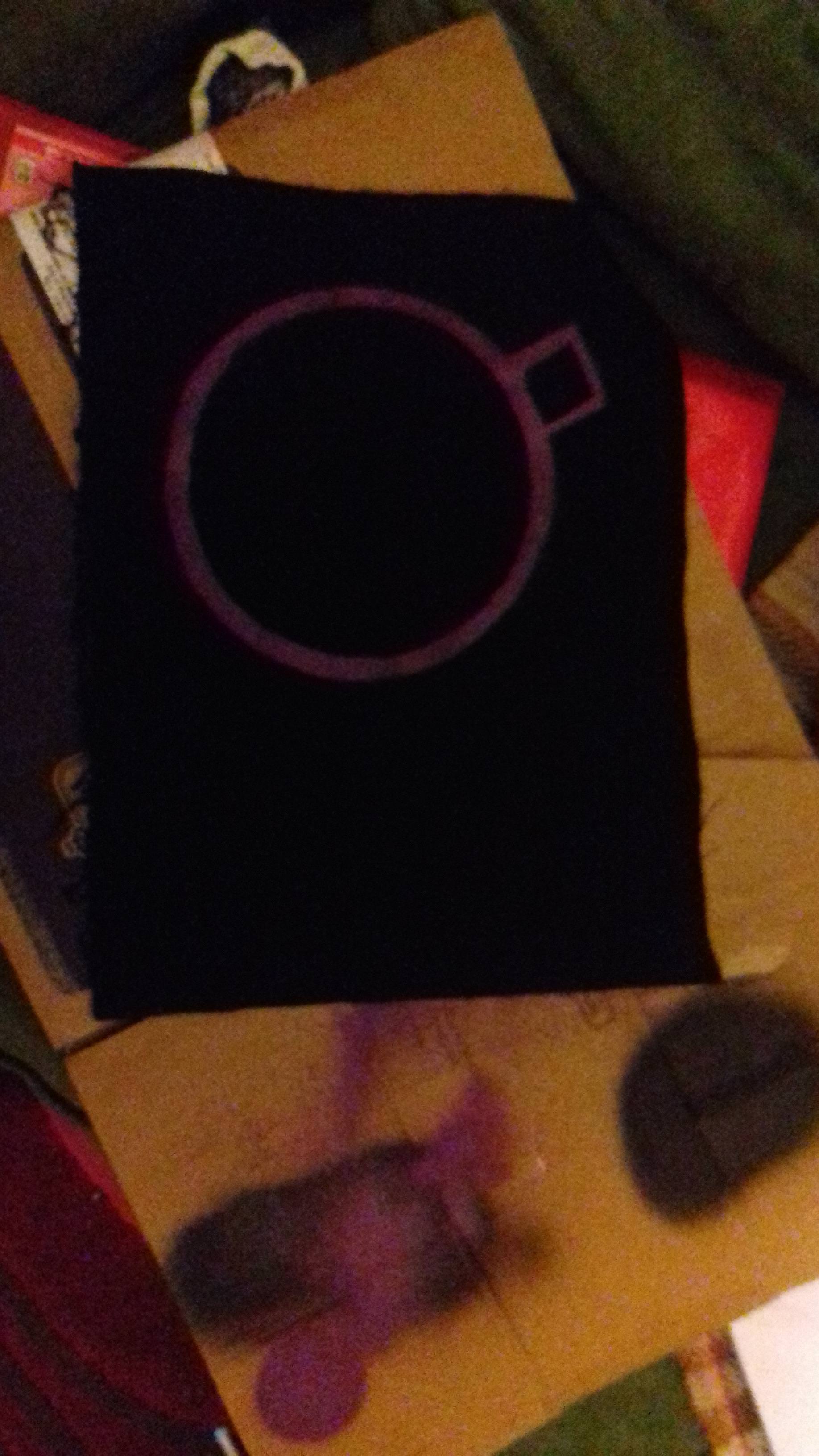 I spraypainted the first part, using two or three thin layers of paint. 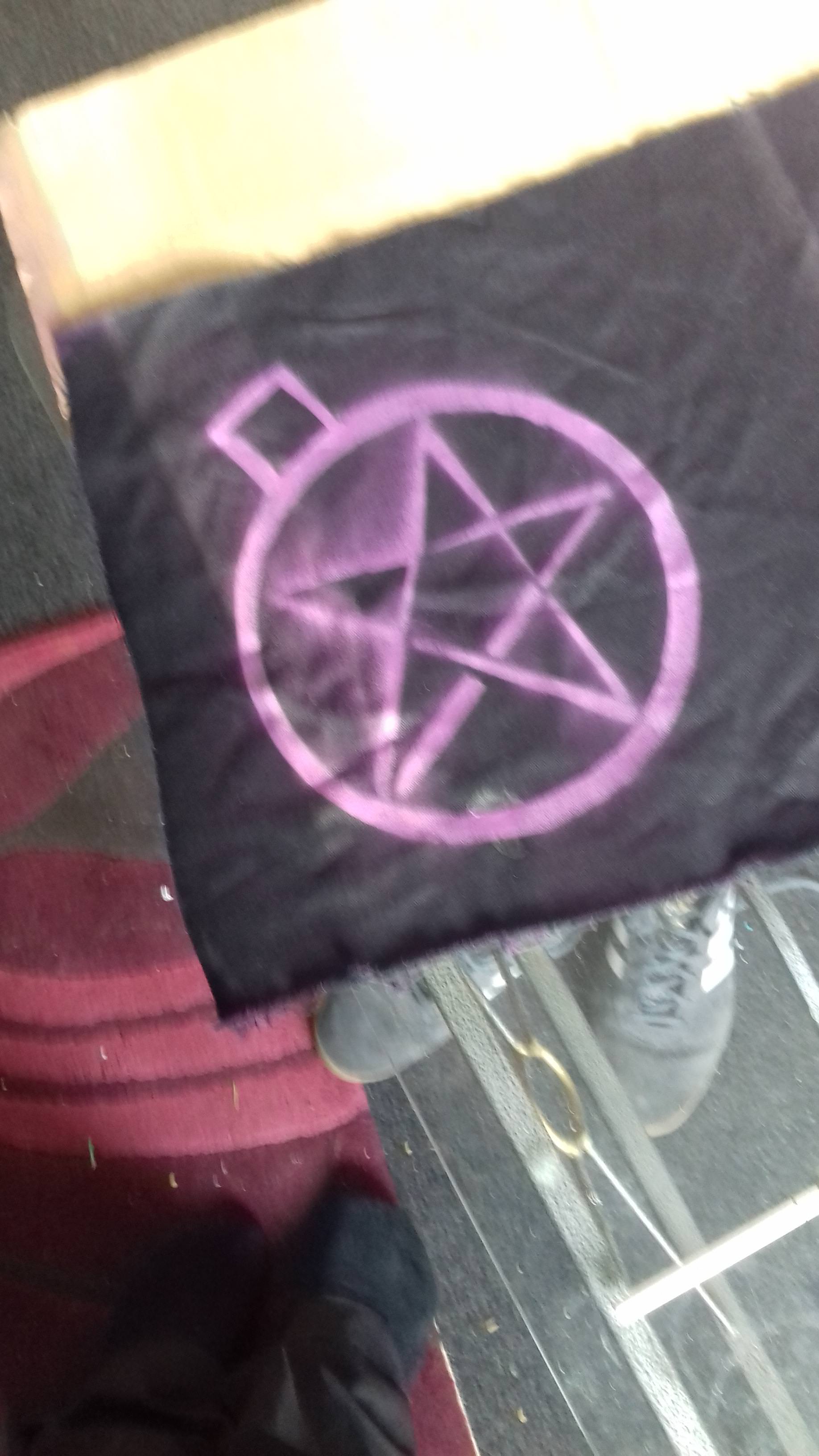 Didn't get a photo of the star stencil, but im pretty proud of it.
Looks good right? I wish I'd just left it this way. 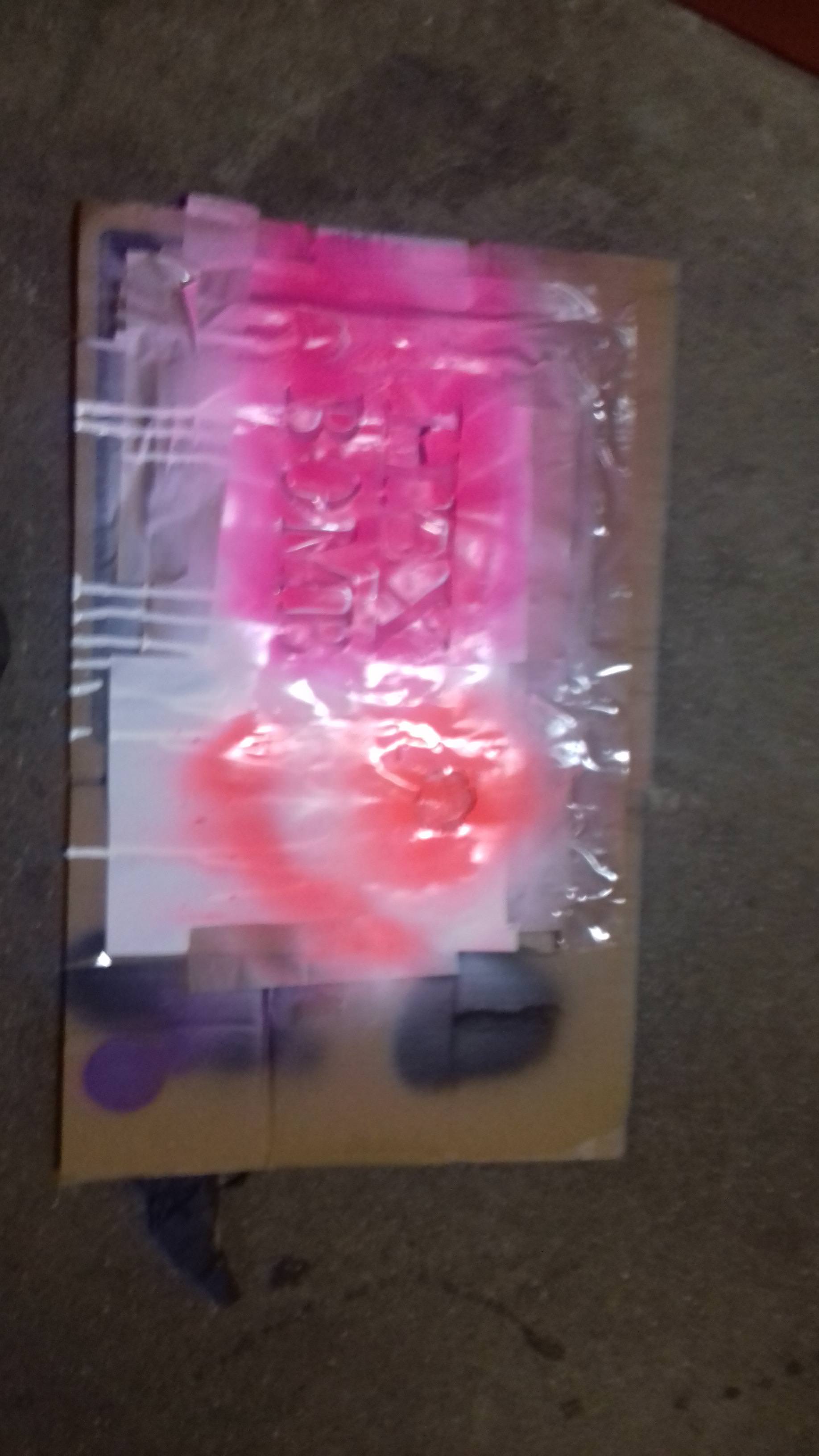 Well, anyway, I wanted text on it, so I sprayed on a layer of white, then a layer of fleuro pink. You can also see the stencil for a little dsa rose too. 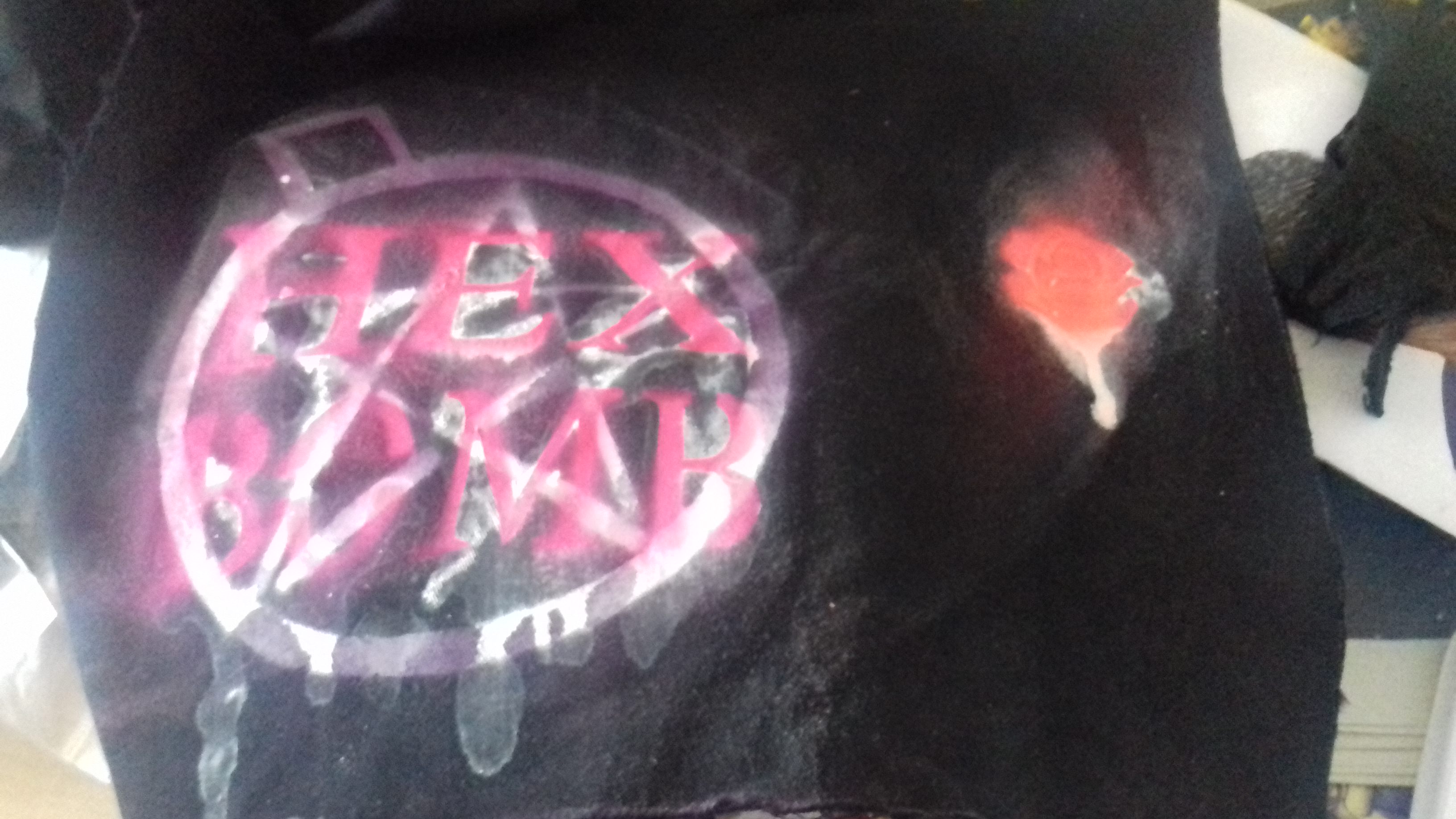 they both turned out garbage.

I think the reason for it was one of or a combination of these factors. Anyway, I've learned a lot from this, and i hope you can enjoy looking at this nasty, nasty jacket patch.
word count: 385
Top

Some stuff i've learned over the past few days:
I'll update the OP of the thread soon because i feel like right now it just looks pretentious and dumb.

Also you guys should jailbreak yr clothes too. i'm all on my norman here!
word count: 133
Top yay!
next time i make one of these im gonna use acrylic paint.
The white tearing around the edges is from the sticker paper when i was cutting it out-- my craft knife's blunt as hell.
Even though it's pretty messy and imperfect, I like this anyway.
word count: 49
Top