For talking about visual media in the vein of cartoons, television drama, superhero movies, etc.
Post Reply
5 posts • Page 1 of 1

A general thread for recommending and talking about Japanese cartoon books, which are read from right to left.

We all love to read these silly little things from time to time, so it should be done that we recommend them to each other.

I do not recommend "Berserk," even though I have read so much of it, because it is very gross and upsetting. The visuals and story are really not worth all of the hassle.
word count: 162
I am Pissbabybrown.
Top

I haven't read Dragon Ball but I watched the anime and it was very good. Dragon Ball Z is very different and not very good.
word count: 26
avatar by ceelecenth
Top

I do think Dragon Ball Z is good, it just feels like it never stops. It is still very much Dragon Ball though. The original run just feels more contained.
word count: 30
I am Pissbabybrown.
Top

three quick recs from me 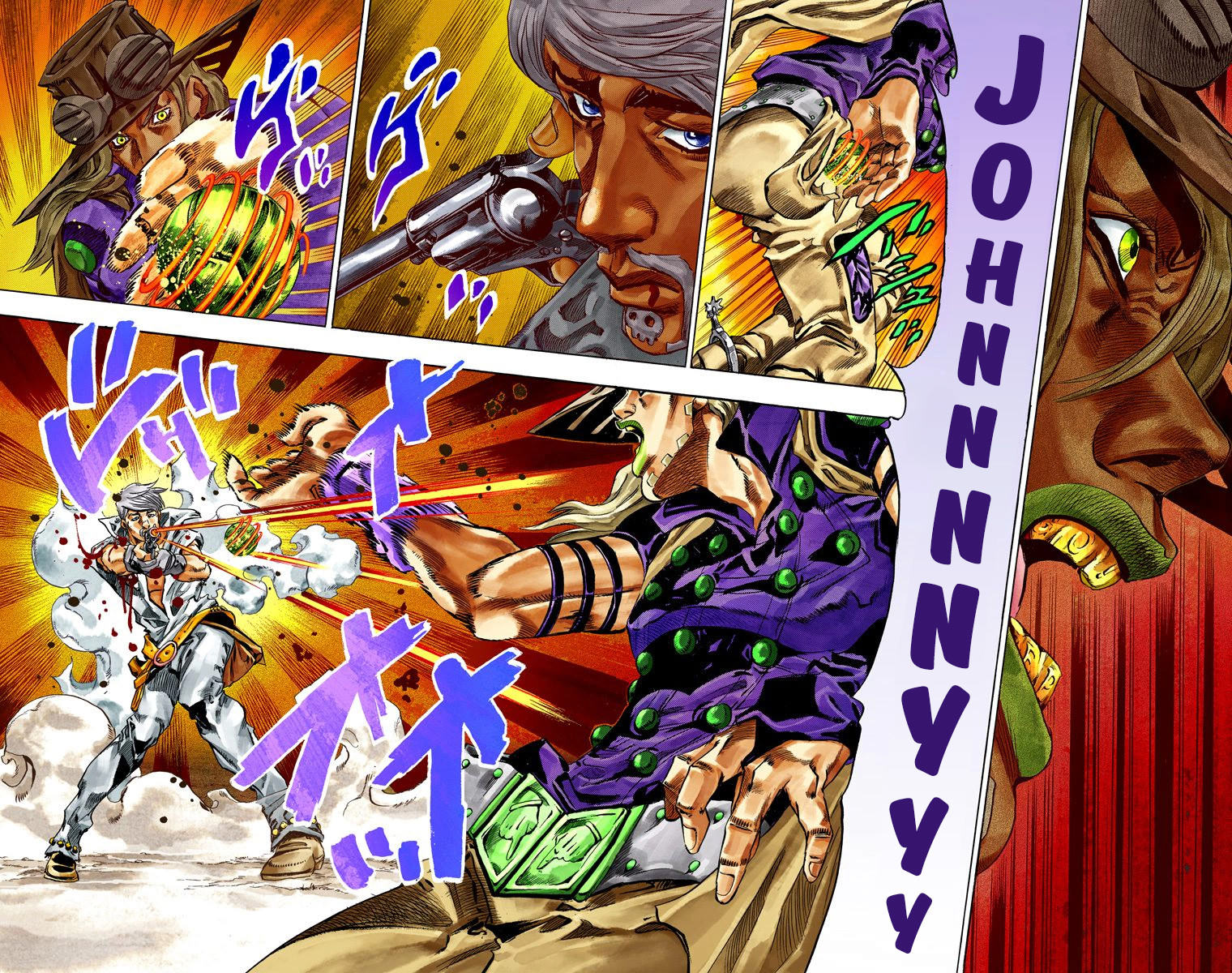 in the late 1800s, gyro zeppeli and johnny joestar enter the trans-american "Steel Ball Run" race looking to satisfy their own goals. But in the end, what they find... is themselves. Steel Ball Run is the seventh part of the long running manga series JoJo's Bizarre Adventure [which i recommend in its entirety], but it wasn't originally labelled as such. It was just called "Steel Ball Run" and only true INTJs could notice that the main guy was called JoJo and one of the bad guys was called Dio. SBR combines Jojo's stylish character design and conceptually interesting action scenes with the best art in the series, and the most well defined character arcs to boot [which is thematically appropriate... or is it? oh, hee hee hee! ho ho ho! oh, but i am a fanciful little nymph!]. also, sidebar, so often in manga where there's a bunch of fighting that's the most boring part to me? Like, i'm reading one piece right now, and it's great, but the fighting is just people punching each other or doing swords over and over or whaever? anyway, in SBR [and all of jojo] the fighting kicks ass because more often than not it's a bunch of superpowered freaks trying to outthink each other. The most powerful fist of all... the human brain.
by the same author: Thus Spoke Rohan Kishibe, a series of weirdo one-off horror/fantasy stories starring the beloved mangaka from the fourth part of JoJo's Bizarre Adventure, Diamond is Unbreakable. really good short weird stories. they always give me the feeling that these could be transcriptions of some hyper-local small town folk tales. rohan even made it to the louvre. kaiji is a layabout bum with no money who is given the opportunity to undertake the rock-paper-scissors based gamble of a lifetime. However, it turns out there's more at stake than just his money, obviously, because that's now narrative works, and so begins a series of gambles that forges kaiji into "the ultimate gambler". I recommend Kaiji if you enjoy extremely deliberately paced psychological gambling drama that is frequently and explicitly illustrated as a metaphor for a man's inner strength and class warfare and stuff. If youve ever seen this image before, that's from kaiji. i mean, it's from the anime adaptation. That part's in the manga too, though.
by the same author: Strongest Legend Kurosawa, or Legend of the Strongest Man Kurosawa, depending on your favoured translation. A blue-collar worker in his 40s going through a midlife crisis deals with a society that doesn't value him and his own desire for companionship. bleak at first but surprisingly sweet. stay strong, kurosawa! 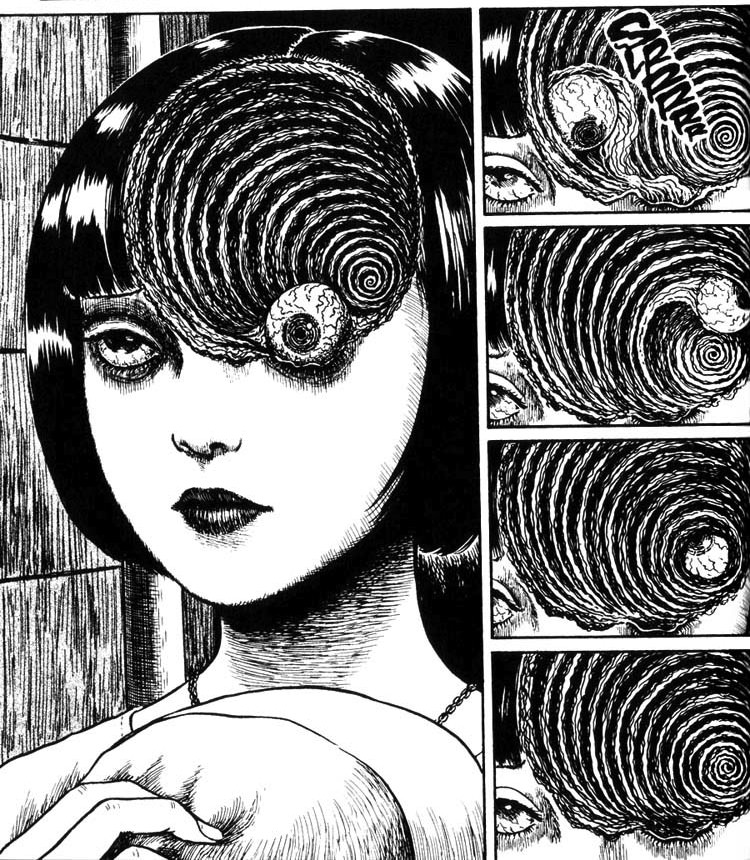 a small town is "infected" with an obsession with spirals, and things go downhill from there. For a lot of people Uzumaki occupies that little mental space with all the manga that you read when you were 13 and thought was the coolest shit ever because they say fuck and there's blood. But it still holds up [and so does death note.]! junji ito creates horror incredibly efficiently by contrasting his shoujo style of character design with The Dark Shit.
by the same author: too many short horror stories to choose from, honestly. the enigma of amigara fault is probably the obvious pick. the long dream is really good, too. Tomio • Red Turtleneck would probably be my choice for an underrated one? you can just google "junji ito manga" and find a bunch to read through and decide for yourself, although considering i said this post contained recommendations it's a bit of a cop out to say "use relevant google terms for hours of fun!"
word count: 648 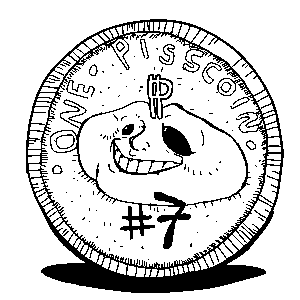 Who can forget my favorite manga, Mamylon's Comics Ranking Masterpost.

Nah, my actual favorite manga is Kurosagi Corpse Delivery Service. That said, I've only read the first six volumes, since I'm waiting to get a legal source for it, and that requires money and all that. It's about, basically, a bunch of cynical and fashionable college kids who are trying to pawn their low-level superpowers into a job. Major content warnings for suicide and other stuff.
word count: 81
Top
Post Reply
5 posts • Page 1 of 1